The newest content update for My Time At Portia is now officially live!

If you have been playing on the ‘open_test’ branch, you will need to switch back to the default branch in order to update your game. However, don’t worry about your save file, this will continue to work once you’ve switched back.

If you’re unsure on how to switch between branches, we have the info for you right here.

If you haven’t played on the ‘open_test’ branch, you won’t need to do anything as your game will update as normal.

We recently showed you the new camera feature for My Time At Portia, and we’re very excited to share with you what else is included in this update…

In this update, we’re adding more story content relating to the bus station, the desert, news camera, and Pa’s debt. We have also added more story and side quests about Phyllis, Ginger, Gust, Paulie, Albert and Emily – but you’ll have to play the game to unravel those stories! 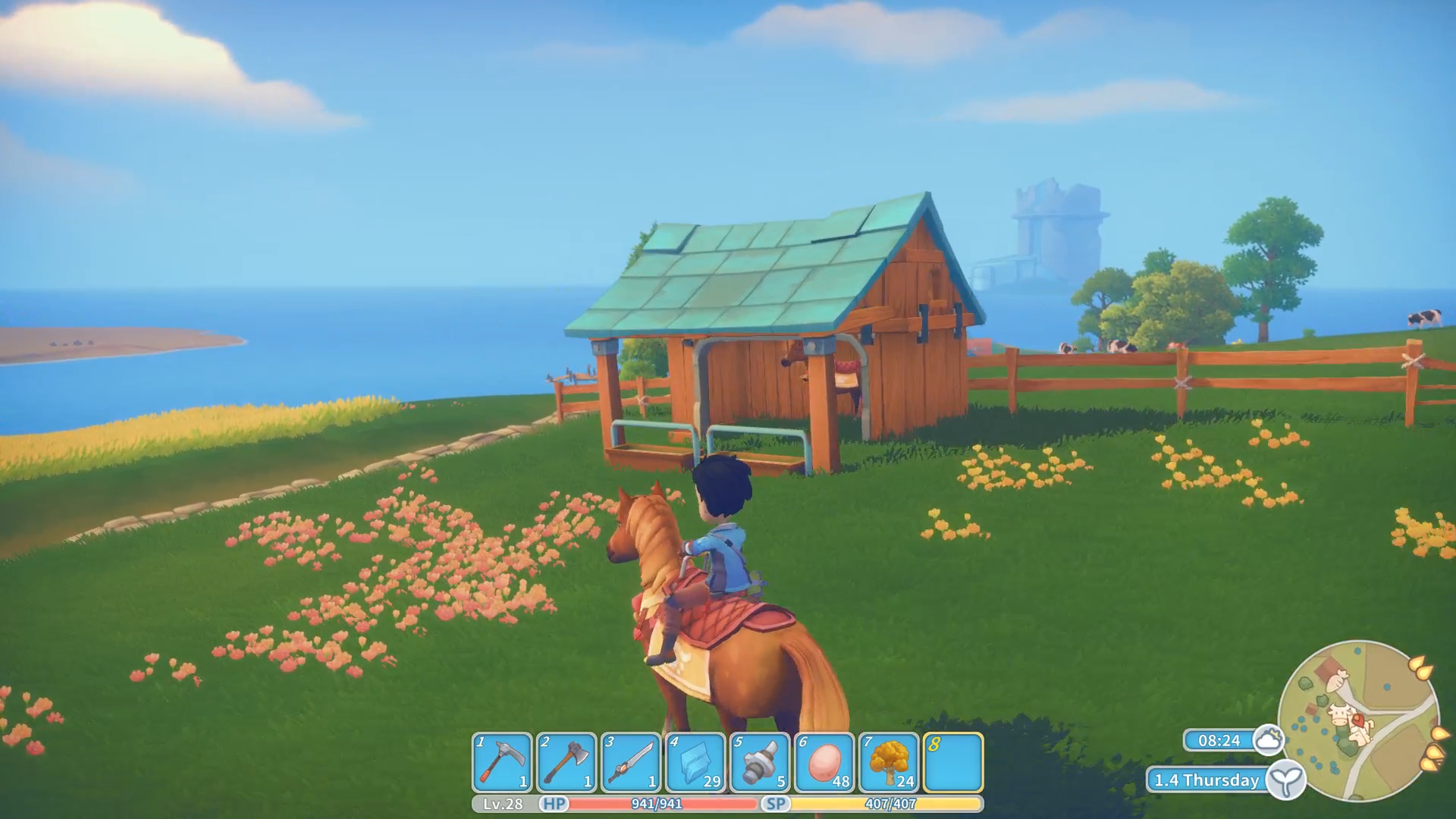 We added the horse renting and riding feature in the last update. We’ve expanded on this so that you will now be able to buy your own horse and train it. We’ve also added other interaction options, and the ability to sprint and jump.

In addition to this, the horses in this update will have different attributes, which can all be improved by training, feeding and petting them. Once you’ve purchased a horse from MacDonald, you’ll need to train them to increase their attributes. While training, you’ll also need to be aware of the loyalty of your horse. Low loyalty will make the horse disobedient. For example, when you dismount and want your horse to follow or stay, a horse with low loyalty will probably go back home. Or, when you are riding and you want the horse to turn left, a horse with low loyalty may turn right, or stop walking altogether! Feed and pet your horse to increase the loyalty number.

Please note: the animation of the horse being disobedient, and the petting will be added in a later update. 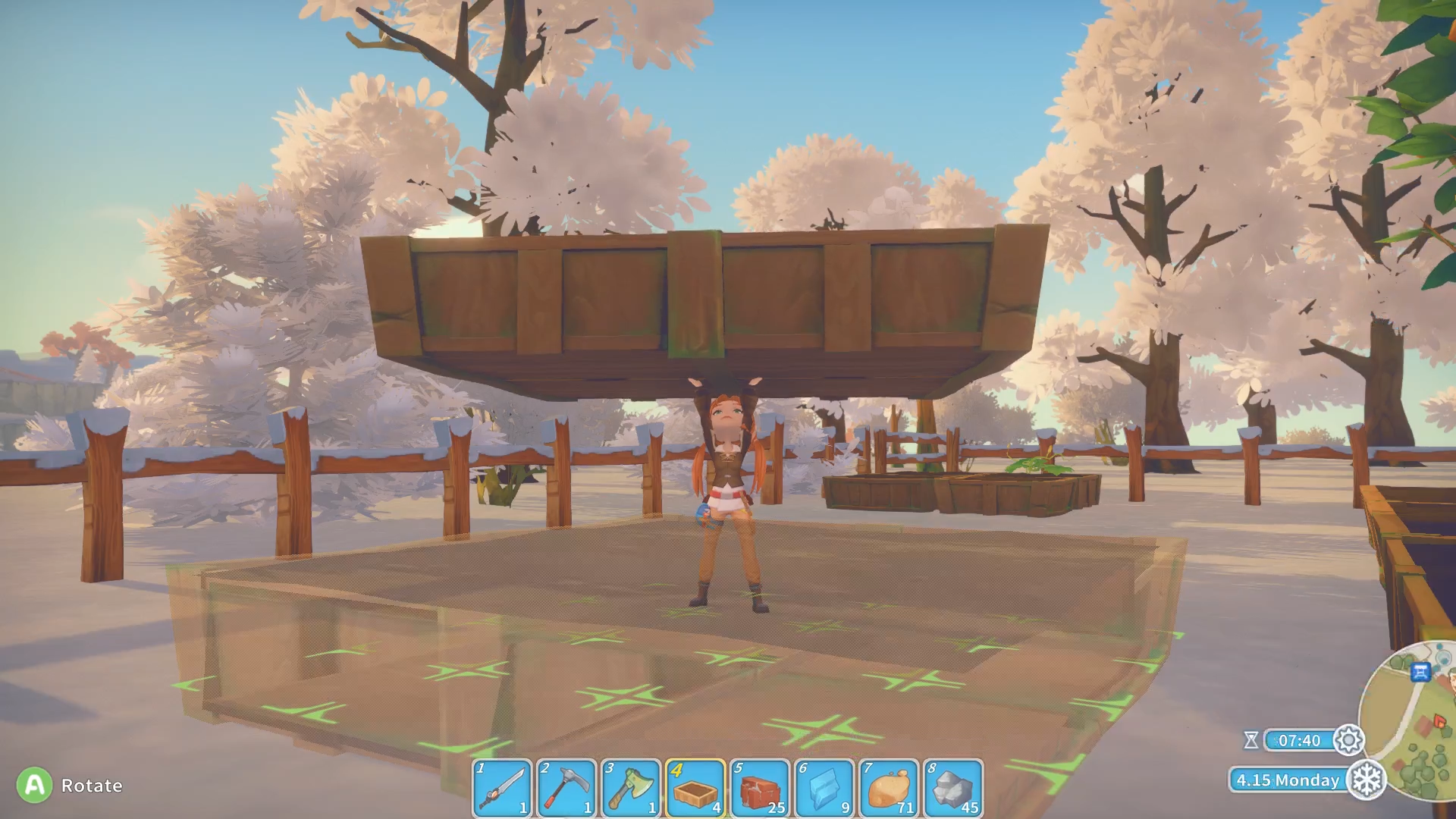 We’ve had a lot of feedback from the community regarding the ability to move storage boxes by holding them. We’ve added this ability in this update – so you’ll be able to pick up and reposition your storage box without needing to use your axe first! The most romantic mini game!

Do you remember our first trailer? In the last scene, you and Emily were riding in a hot air balloon, flying across Portia town – so romantic! In this update, you can access the hot air balloon in a new mini-game. Ride with your friends, lovers, or even by yourself. We’ve included 5 routes for you to take and look at the world of My Time At Portia from a different angle.

A new hazardous dungeon named ‘Ingalls Apostrophe’ has been added into the game. Here, you will encounter new monsters. We’ve also added a new abandoned ruins. In this dungeon, you can mine new materials like aluminium and magnesium, and you’ll have a chance to find new relics too! 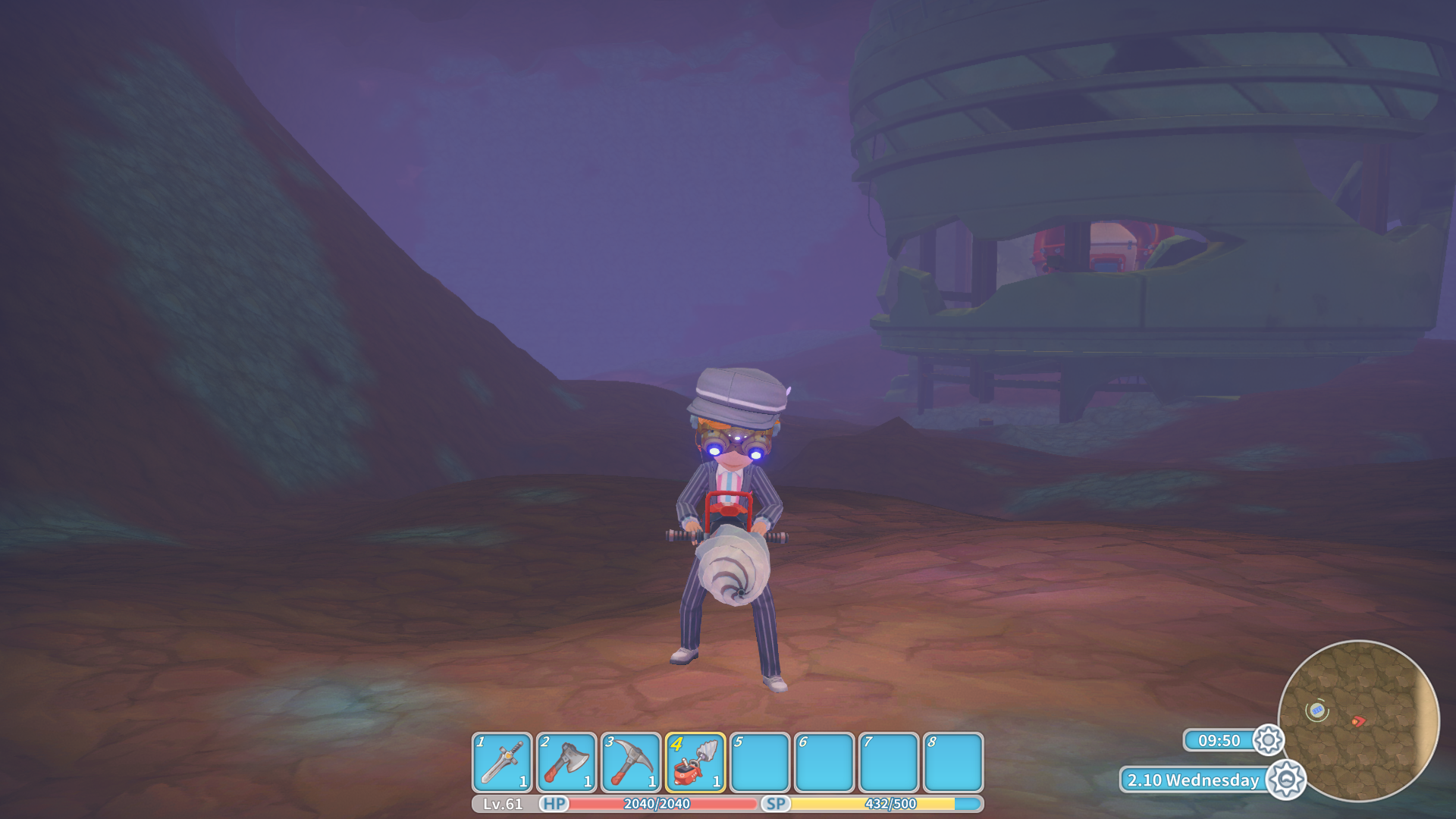 While we’re on the subject of mining, we have to mention an awesome new mining tool added in this update – the drill. This tool will mine faster than a pickaxe, and can mine more materials too. Everyone loves an upgrade, right?

Finally, we’d like to congratulate the winners of our #MyPortiaArt contest again! We picked two winners who created amazing pieces of art, and have added their artwork into the game in this update.

So that’s everything for this update, we hope you enjoy all the new features we’ve added – seeing you all enjoy your experience in My Time At Portia is what we love the most!

Below is a full changelist for this update. Have fun!